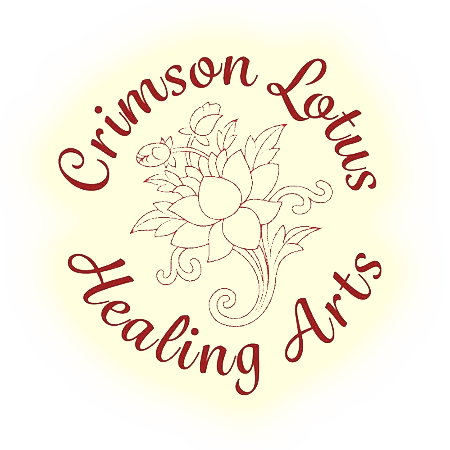 Is the placement of hair fine needles into specific points along certain meridians of the body. Although the sensations vary for many people, it should never feel painful or unpleasant. Usually one may feel a warm, pulling, distending or tingly vibration at the point of the insertion. Needle lengths range from a few millimeters to six inches, depending on what point of the body is being accessed. Most commonly needles are only inserted to a depth of about ½ inch, and retained for around ½ hour.

Is the ingestion of either classic or customized herbal formulations. These medicines take the appropriate action to bring the body back into balance but their effects are cumulative and usually not instantly curative. One may expect to be on a formula for at least a week of consistent doses before feeling the difference. The reason for this is that formulas are designed to resolve the underlying cause of imbalance as opposed to merely  masking the symptoms. Herbs are usually administered in tablet, powder or tincture form and can be purchased locally when prescribed.

Is an ancient form of hands on healing originating in Japan and Tibet. The hands are gently placed on energetic centers of the body to nourish deficiencies and dissolve blockages. This is a very gentle, but effective technique that is also very relaxing. A good choice for the traumatized, overly sensitive, squeamish,  immuno-comprised, or elderly. All sessions are given fully clothed.

Utilizes the ear as an energetic micro system representing the entire body. Tiny needles are placed within specific points on the outer ear to access targeted body areas and organ systems. Most often used for smoking cessation, weight loss and addiction, this therapy is particularly useful in soothing cravings, calming the nervous system and calming the psyche. Not to be confused with "stapling," the needles are retained for up to thirty minutes before being removed and the effect of treatment lasts, for most, around 10 days.

Are used to access acupuncture points not by penetrating the skin surface, as with needles, but by sending a deep vibration into the point. Specific forks have particular effects on the body and can be used in lieu of needles for a full treatment. Forks are a good choice for children, the immuno- compromised, very sensitive or elderly clients. The treatment is as comprehensive as acupuncture and employs the same diagnostic and treatment protocols.

Utilizes a small electric current to bring strong stimulation to an acupuncture point. Tiny electrical leads are attached to the already inserted needles, causing a gentle pulsation. This technique is often used for musculo skeletal pain but also has application for depressive disorders and other medical issues.

Is the creation of vacuum to have a pulling effect on the larger parts of the body. Also referred to as fire cupping, a flame is placed within a glass cup to create a vacuum. The cup is then quickly pressed to the surface of the body requiring therapy. Often times the cupping leaves behind a circle shaped bruise signifying the successful movement of stagnant Qi and blood. Most often this technique is used on larger body parts to treat pain or stiffness, but can also be used to treat illnesses like common cold.

Is the technique where the affected body part is vigorously scraped with a smooth, dull edged surface creating a bruise. This bruise brings healing Qi and blood to the affected area for a therapeutic action. Guasha is a useful tool in the treatment of stiff neck and common cold.

Chinese medicine has been practiced and cultivated over thousands of years. The theory behind it focuses on achieving homeostasis within the body in order to soothe excesses and tonify deficiencies . This action is achieved by manipulating specific points along meridians in the body to enable their given therapeutic roles. Meridians are like channels that run throughout the body from head to toe, at varying levels of depth. Each pathway is linked to an organ system. The acupuncture points used in a treatment are the places along the channels where the Qi of that pathway is most accessible to the practitioner. Anatomical references and relative proportions determine the location of these points on each person. Points are chosen for their individual or combined actions in a treatment strategy.

A diagnosis is chosen based on an intensive intake interview wherein many aspects of the clients complaints, lifestyle and habits are examined. The practitioner is interested not only in the symptoms presenting in that moment but the entire picture behind every possibly related issue. No piece of information is insignificant to the acupuncturist! One will be asked questions ranging from bowel pattern to emotional status in order to see the whole person behind the symptoms.

Other diagnostic tools include the reading of the pulses and analysis of the tongue. Three pulse positions on each wrist will reveal the quality of the energy in their corresponding organ systems. When reading the pulse the practitioner is doing much more than counting beats per minute. Detailed information about organ function is being accessed by a trained touch. Viewing the tongue also gives the practitioner valuable information about the internal state of the client. Different parts of the tongue represent parts of the body and much can be revealed by analyzing the texture, color, thickness and coat of the tongue.